At first, she was against the plan for merging of the schools who rejected male students from Kagamidai Academy, but she began getting along with them several weeks later.

She was elected the class representative along with Shingo Uryū. She was born and brought up in an upper class family in the Old District, but she has lived by herself in a low-priced apartment in the New District since she started attending Yuihime Girls' Academy.

She lives in a simple life and often goes shopping to a local supermarket in the New District named Kume Mart to buy reasonable-priced food and daily necessities. 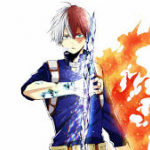 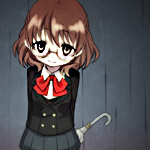